Every country around the world should celebrate #Moon50, not just America

On 20 July 1969, US president Richard Nixon made what he called “the most historic telephone call ever made”. He was calling from Oval Office in the White House to congratulate Neil Armstrong and Buzz Aldrin on setting foot on the Moon.

However, it is another US president whose name is mostly associated with the Apollo 11 moon landing, even though he would never see his national goal realised. John Fitzgerald Kennedy uttered his immortal words “we choose to go to the Moon” seven years before the event, setting NASA on a historic path.

The iconic photograph of the star-spangled banner being planted on the Moon evidently appeals to patriotic Americans, but there should be no doubt that this was a worldwide event which all of us can be proud of.

A global audience of over 600 million people were glued to television sets and UK audiences tuned in thanks to the iconic Arthur satellite dish at the Goonhilly Earth Station in Cornwall. In fact, such a large audience was only possible because of Honeysuckle Creek Tracking Station in Australia, which received the first pictures from the surface of the Moon in 1969 and then beamed them across the world.

As is so often typical with major events in history, there is a Scottish connection. The Honeysuckle Creek station director, Tom Reid MBE was born in Scotland and earned a degree in Electrical Engineering from the University of Glasgow. The town of Langholm in Dumfries and Galloway is recognised as the ancestral home of Neil Armstrong after the astronaut accepted the honour of becoming the town’s first and only Freeman in 1972.

Scotland’s long history of exploration is not lost on NASA, with the agency naming a space shuttle after the Discovery exploration ship famed for exploring Antarctica, now docked in Dundee.

Revisiting the historic event gives us an opportunity to look beyond the trailblazing trio of Neil Armstrong, Buzz Aldrin and Michael Collins. NASA estimates that 400,000 people were involved in the Apollo programme and now, 50 years on, those stories must too be told.

Thanks to the book Hidden Figures, and the film based on it, the crucial role that women played in the Apollo 11 programme is finally coming to light. The need for durable and flexible materials meant that ILC Dover, a latex manufacturer who originally made girdles, and its floor staff of mainly women, were tasked with putting together the climacteric clothing.

Many women also battled against the old societal norms to take leading roles in NASA. Poppy Northcutt became the first woman to work in an operational support role in the Mission Control Centre and electrical engineer Judith Love Cohen was a designer of the Abort Guidance System computer on the lunar module.

Much of the technology that we use, and at times take for granted today, was pioneered during the Apollo era. Without reaching for the Moon, it is unclear when or if this technology would be in use. Thanks to the Apollo programme, we have memory foam, cordless tools and wireless headsets.

All this is truly worth recognising and it is why Glasgow Science Centre will host Scotland’s biggest celebration of the 50th anniversary of the Moon landing. The event inspired humankind to think big, make peace and look after our planet. Long may it be remembered. 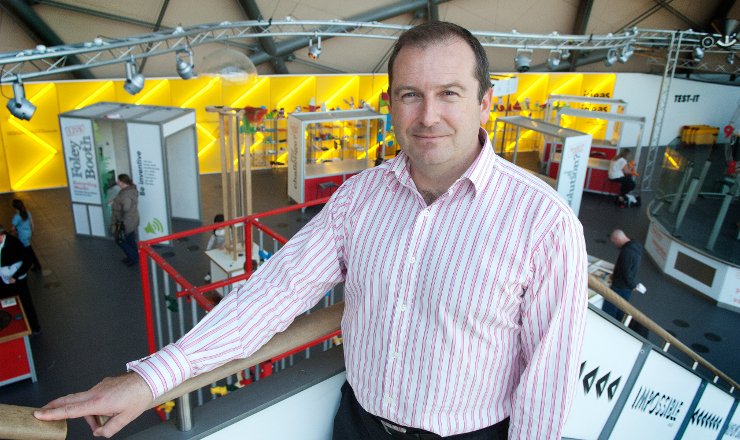 Find out more about the #Moon50 celebrations at Glasgow Science Centre