A group of budding reporters swapped the classroom for the newsroom during COP26. Emma Woodham, Climate Change Programme Manager at Glasgow Science Centre discovers how the pupils tackled the science behind the climate crisis and why their words offer a vital lesson for the future...

Over the past fortnight, newsrooms across the globe have thrummed with crucial climate change headlines from the United Nations’ COP26 conference in Glasgow. As the action unfolded on the banks of the Clyde, a very different type of newsroom sprang to life on the other side of the river at the University of Glasgow. Eighty secondary school pupils set up their own Climate Emergency Newsroom (CEN). 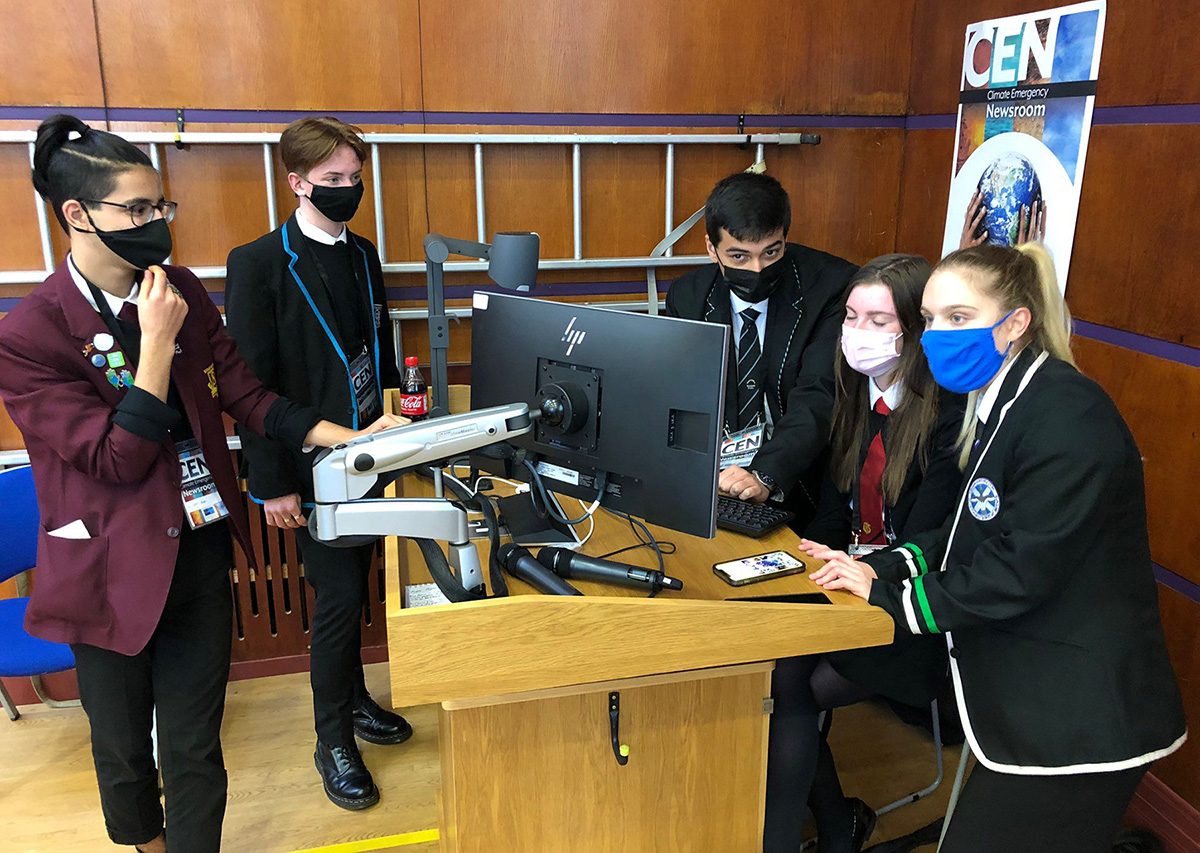 The reporting service - staffed by children for children - is the first of its type. It was developed in partnership between South Lanarkshire Council and the University of Glasgow, delivering news, interviews and photographs from throughout the city on a rolling basis every day of the conference. The main audience for the young journalists’ stories is primary schoolchildren – helping young children understand some of the key concerns of the conference.

Eloise McNulty, a sixth-year pupil at St Andrew’s & St Bride’s High School in East Kilbride, was one of the team of junior reporters. During her week working in the newsroom, Eloise worked as part of the bookings team, securing a range of interviewees. She even tackled a day as Editor -in- Chief. Buzzing with enthusiasm, she explains that she learned some surprising lessons on writing about the complicated science of climate change for a much younger audience:

“I found it meant that I understood the issues better by the end as I had to help our audience to understand. I was constantly thinking about how to explain certain terms and explain them better. If you are trying to explain microplastics to primary schoolchildren, then you have to break down what these plastic beads actually are and why they are so damaging.

If you want to report on the idea that travelling on a bus is more environmentally friendly, then you need to paint a picture of why it is so costly to the environment for all of those people on the bus to make individual car journeys. One of the things that surprised me most though was the dialogue that our reports opened up. I was amazed by the questions the children had.”

Eloise is clear that even the youngest children can and should be engaged in discussion about the climate crisis. It is an idea echoed by her classmate, James Kealy.

James, also of St Andrew’s and St Brides High School, reported from the COP26 Green Zone at Glasgow Science Centre. The Green Zone, operated by the UK Government in its capacity as the COP26 host nation, is a window into the diverse world of climate action. From all over the globe, youth activists, Indigenous Peoples, small and large businesses and grass roots communities are bringing COP26 to life through cultural performances, exhibitions, talks, film screenings and technical demonstrations, The Green Zone pulsed with thousands of visitors every day, giving the public a chance to learn about a wide range of initiatives and ideas for tackling climate change and its effects.

James explains how an unexpected encounter with a walrus in the Green Zone made him look at things from a different angle:

“The whole area was so busy and lively. Everyone was there for the same reason, the same common goal. I attended a talk at Glasgow Science Centre’s planetarium by the World Wildlife Fund. It explained how they are using satellites to track walruses from space, working out how global warming is affecting their numbers.”

Seeing the effect on walruses from space offered him a fresh perspective on how science can be used in unexpected ways in the bid to tackle climate change. 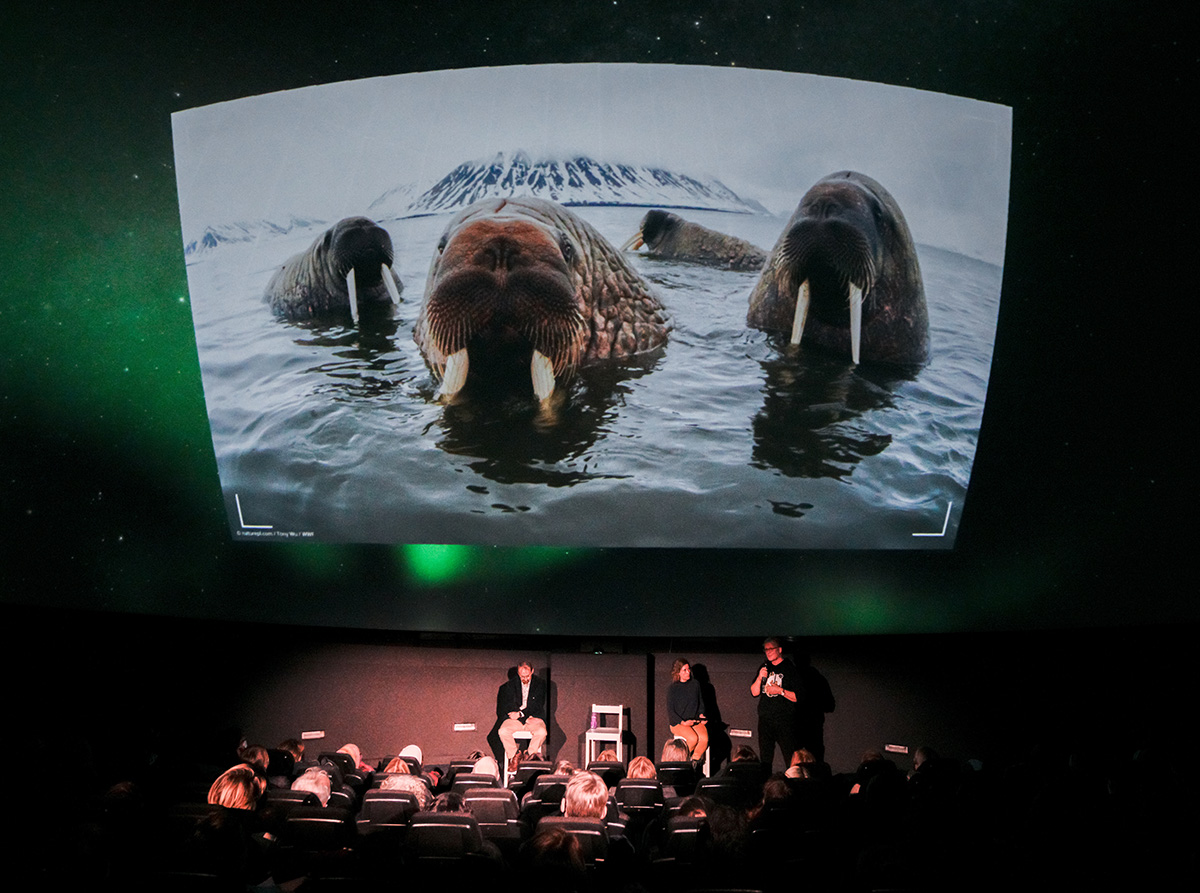 Over two weeks, CEN has reported on topics as diverse as nuclear power; coral bleaching; palm oil; fossil fuels and the impact of climate change on gender. The young reporters have interviewed prominent scientists such as Scottish geologist Professor Iain Stewart, Alan Parkinson, President of the Geographical Society and oceanographer Dr Simon Boxall. A clear picture emerged from the reporting. There is a pressing need to tell these scientific stories to young people and demonstrate that everything is connected. If you live in Glasgow, the deadly consequences of drought may seem remote but the impact affects us all.

Glasgow has always been a city with a rich scientific heritage. The CEN project adds a new chapter to that, showing that young people have a crucial role to play in writing and understanding stories about climate change as the world grapples with this crisis.

James sums it up:

“There is a lot of complex science surrounding climate change, but you need to find a way to tell these stories. You need to report it. At the end of the day, you can’t change anything if the public don’t understand.”

Visit the Climate Emergency Newsroom website featuring some 132 articles, and 35+ interviews with activists, politicians and more!

This blog post is adapted from an article that first appeared in Glasgow Times in November 2021.