Getting curious about Glasgow Tower

Glasgow Tower has been part of our city's skyline since 2001. Designed by Richard Horden in 1992, the tower was originally proposed as a landmark for Glasgow to be built in the city’s St Enoch Square. However due to its unique design it was moved to accompany Glasgow Science Centre on the banks of the Clyde. 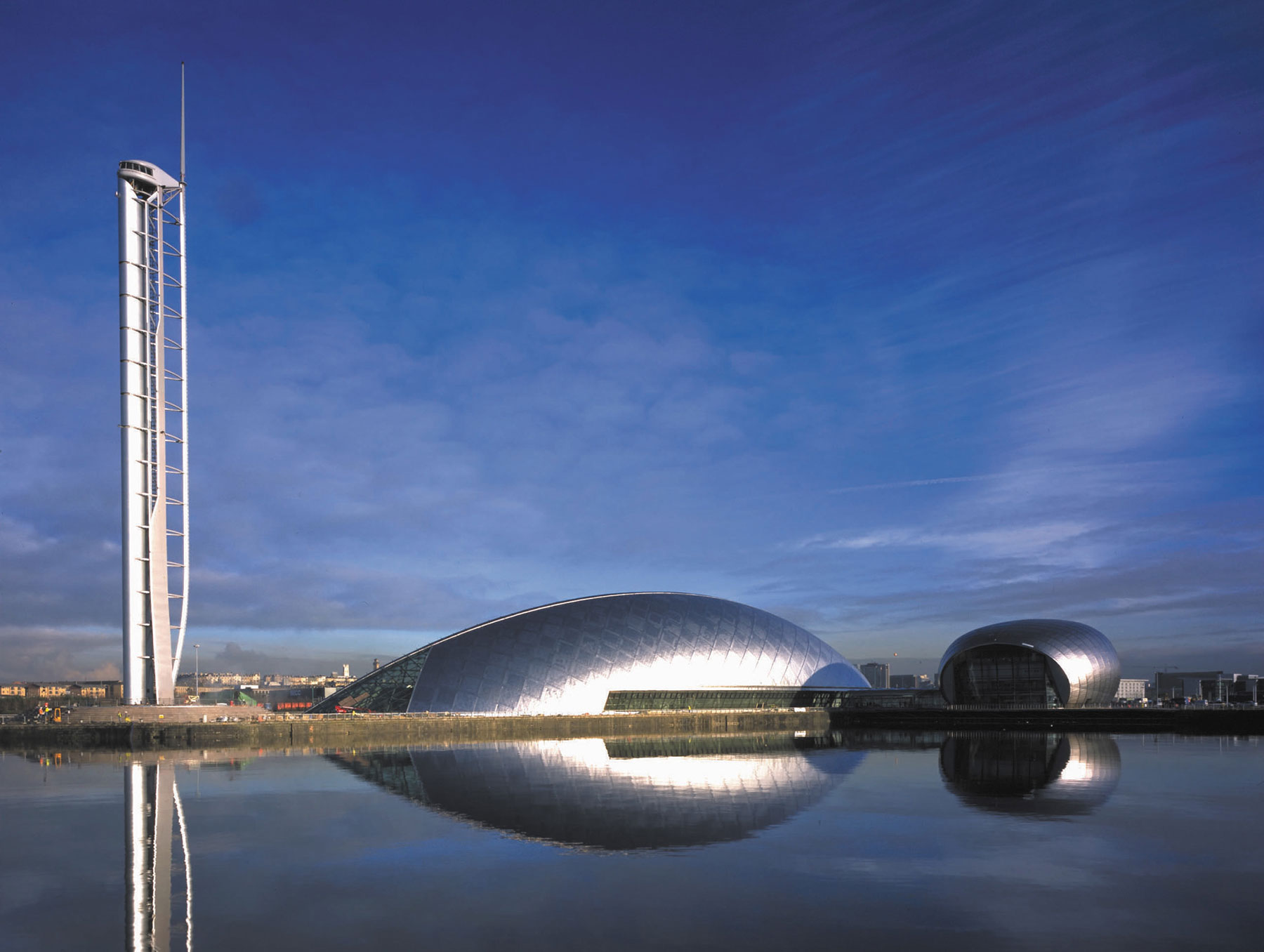 Standing at 127 metres tall, Glasgow Tower is the tallest freestanding tower in Scotland. It is the only tower structure in the world that rotates fully from the ground up and the only one that can dynamically track the wind and change position to face into the direction of the wind.  The actual turning structure is around 139 metres, as the tower delves 12 metres below the ground level, where the full 500 tonne weight of the tower rests upon a 65 cm wide thrust bearing – imagine a ping pong ball cut in half and put in an egg cup.

The tower has a rather unusual structure: it is a specific shape called an aerofoil. This shape, much like a wing on its side, splits the wind around the tower. In doing so, it generates pressure on both sides, pinning it in place. The tower is designed to rotate automatically into the oncoming wind, but to reduce wear and tear on the bearing, Glasgow Science Centre’s engineering staff manually turn it using four 6 Kilowatt motors (about twice the size of an electric fire). It takes about 18 minutes for a full rotation which is approximately 20 degrees per minute.

105 metres up in the viewing platform, we can see great views of the city. On clear days there is visibility of up to 20 miles. Up here you can feel that the cabin sways just a little - as the wind blows and hits the tower it will move very slightly, however if hit with a cross wind or if the tower isn’t facing the right way, the sway can be up to 6 inches side to side. It is designed to cope with wind speeds of up to 125 mph, which is a category 3 or 4 hurricane level wind. 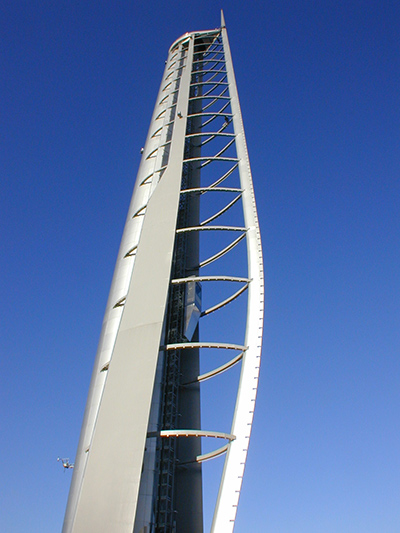 Glasgow Tower is a world first. It is a very innovative engineering structure that represents some of the best principles and applications of large-scale engineering design and construction. In normal circumstances a complex new design would have one or more prototypes built to prove the design before constructing a production model. The scope of this structure made that impossible, so the concept had to be proven in place. As such, this structure has seen its fair share of problems, from the lifts getting stuck to strain on the thrust bearing.

These issues have been resolved using innovative designs to overcome the challenges.

The original thrust bearing was not suitable for the job and was replaced. The top part of the new bearing is made from stainless steel as it is very hardwearing. The lower part is made of a manganese bronze alloy which is slightly softer but has the amazing property of being self-lubricating - as it wears away it becomes slippier. Every year the tower is hydraulically jacked up by up to half a metre onto four hydraulic jacks which allows the bearing to be inspected or removed if required. Along with a yearly check-up, the bearing also receives a synthetic grease treatment which is injected under high pressure and works its way along the grease channels on the bearing. This helps keep the tower turning smoothly.

Similarly, the original lift mechanism was unsuitable for the job, as the cable driven lift was out in the open. This made the journey up to the cabin unreliable. It was quickly replaced by a rack and pinion system, which is a set of cogs on the lifts running up a rack located on the tower’s spine. The allows for a silky smooth two-minute ascent into the cabin. This lift system is rigged up to a wind sensor. If the wind speed increases past 29 mph the lifts will automatically return back to the ground level. Occasionally this has meant that some guests have been left in the viewing cabin, if this happens however there is a spiral staircase of 523 steps running through the core of the tower, which acts as a way back down to earth.

If you’re curious to find out more about Glasgow Tower, check out Glasgow Science Centre’s Curious About Innovation digital science festival from 19 – 21 May, where you can learn more about the tower and view never before seen footage of how it works. Visit curiousabout.glasgowsciencecentre.org for more information.

This article first appeared in Glasgow Times on 9 May 2021 and was written by Chris Banks, Glasgow Science Centre.

Glasgow Tower operates for visits through the summer season and subject to weather conditions.