Did you know that Scotland has its own rainforest?

It may not be the kind that you’re thinking of. The word rainforest tends to conjure up images of dense tropical forests, alive with rare, exotic plants and creatures. It’s almost definitely not a word you’d connect with Scotland’s more typical landscape of hills and glens. Our rainforest is something a little different – an ancient, much rarer kind of rainforest.

A rainforest is an area of closed, continuous tree canopy with high rainfall that is home to mosses and lichens and lianas (woody stemmed vine plants that root in the soil and climb up trees towards the canopy). There are two types of rainforests, tropical and temperate. 6% of the Earth’s surface is covered by rainforest, the largest and most famous rainforest being the Amazon.

What kind of rainforest does Scotland have? 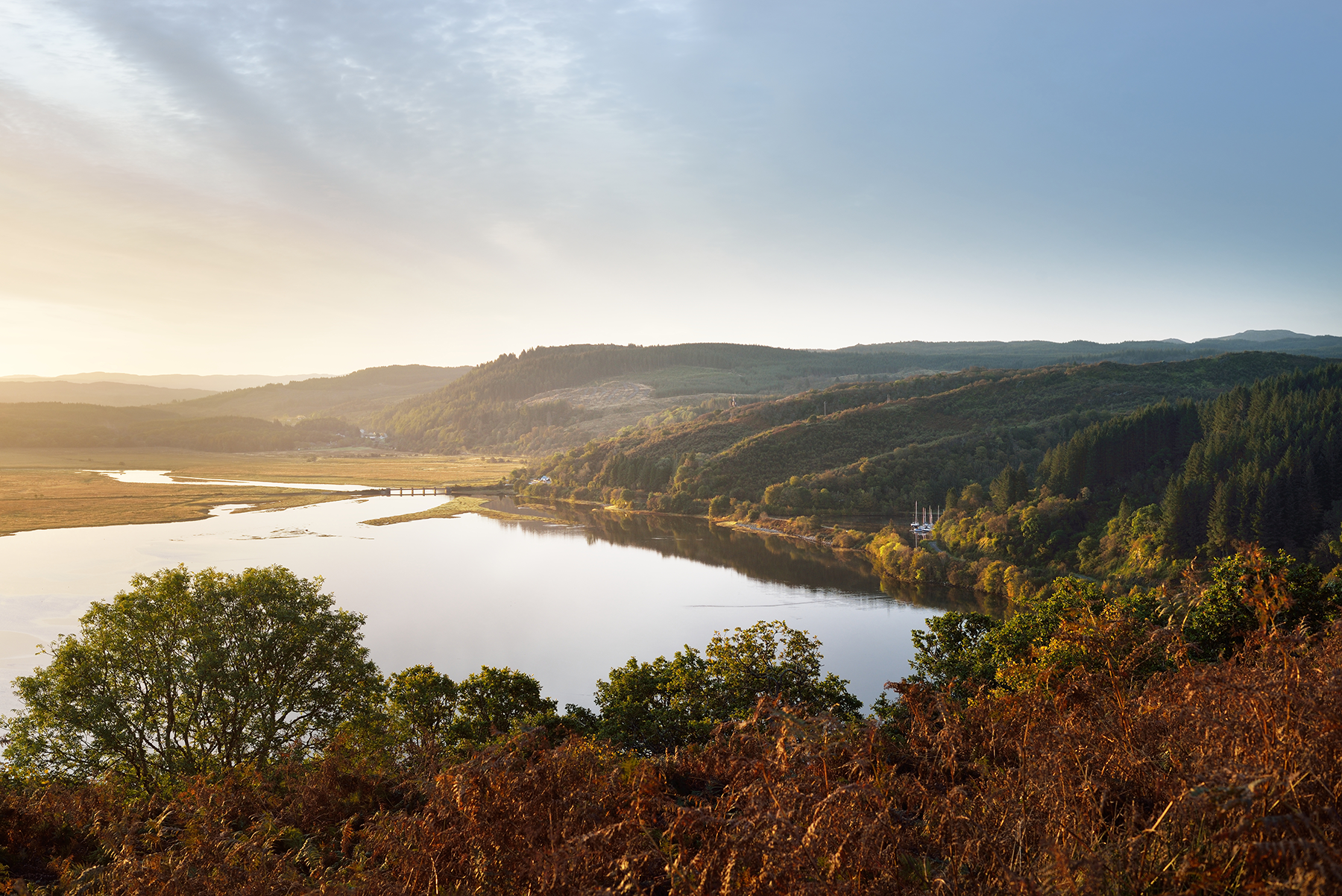 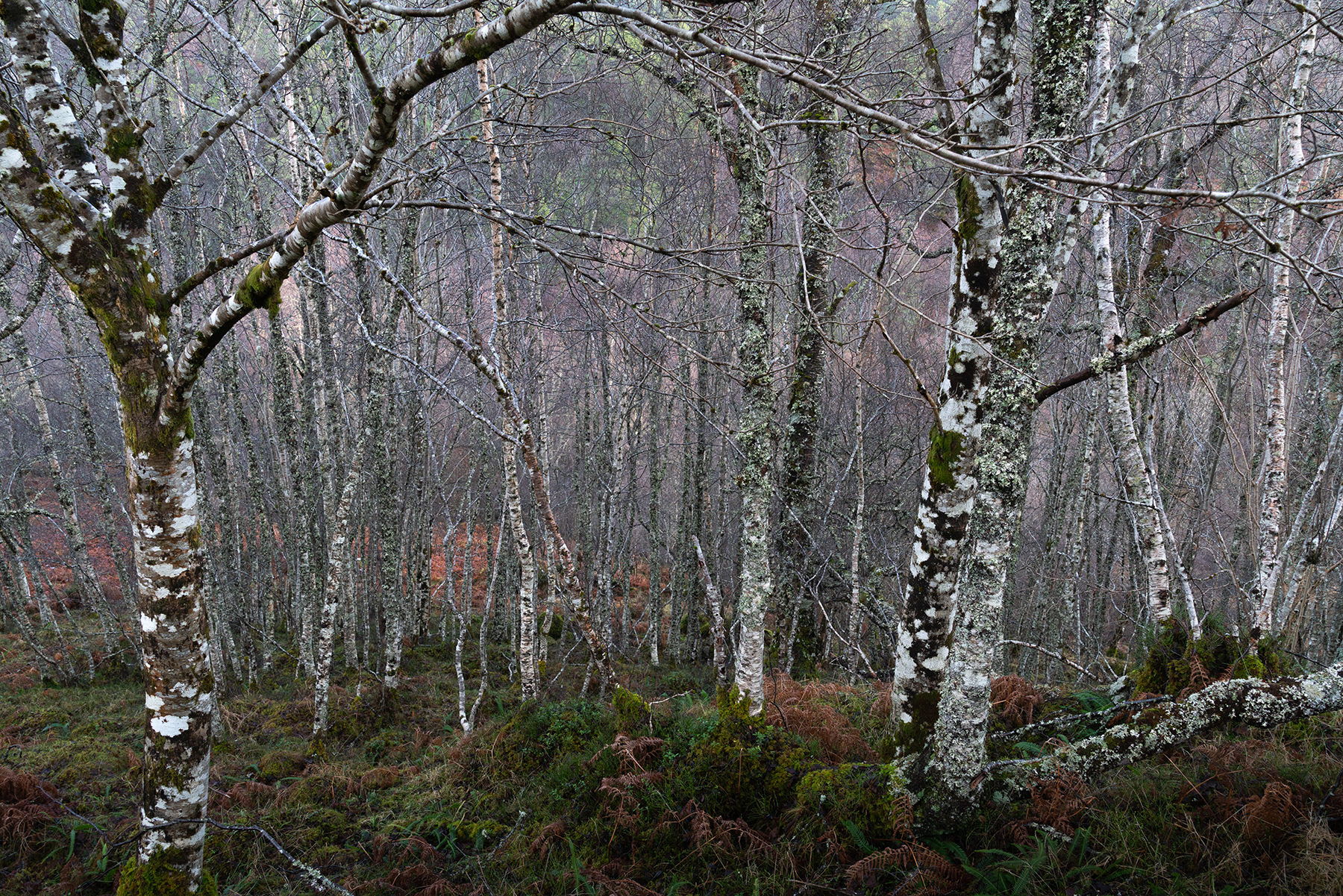 The majority of Scotland’s rainforest is made up of birch trees. These silver-barked trees are quite unpalatable to the deer grazing round the rainforest, limiting the reproduction of other tree types, giving the birch tree more opportunity to mature. Other native trees in Scotland’s rainforest include Atlantic oak, Ash, Hazel and Native Pine. There are also non-native species of spruce planted amongst our ancient woodlands that threaten our rainforest, these are being monitored and managed. The rainforest isn’t just trees however, there are shaded river banking, crags, boulders and open woodlands that all provide unique habitats for the rare species of mosses and lichen that can’t be found anywhere else in the world. The diverse range of habitats allows for there to be a wide range of conditions across the rainforest. Some spots are bright and open, others dark and humid.

However, only 30,000 hectares of the Scottish rainforest remains, about the same area as the city of Edinburgh. Overgrazing, mainly by deer, and invasive species are threatening the survival of the rainforest. There is no space for the forest to expand and it has little to no potential to regenerate. In Despite this, there are 60,000 hectares that, with proper management and care, could be restored to rainforest status. To protect the Scottish rainforest, wildlife protection groups are coming together to engage with local communities on the topic of management and protection of this rare habitat. By giving advice to landowners and to policy makers, more action can be taken to conserve the rainforest.

Why does Scotland need a rainforest?

We are currently facing a global biodiversity crisis, on top of the climate crisis. Half of all the species of animals and plants in the world face extinction within the next century. The main drivers of this crisis are habitat destruction, chemical pollution and climate change - in other words, human action. Not only are we headed for a devastating loss of life, we’re directly contributing to a disturbance of the natural balance of life on Earth. Many of these species play crucial roles in making the world habitable for humans, for example, as pest control, which is particularly important for crops.

Rainforests also act as valuable “carbon sinks”. They remove carbon dioxide from the atmosphere and give out oxygen. The Scottish Rainforest not only has benefits for our environment but also for our society. The management of the forest and tourism around it creates jobs all along the west coast. It’s also a valuable green space for locals, providing fresh air, inspiration, and time in nature.

In the lead up to COP26 taking place in November, Glasgow Science Centre will also be running Curious About Our Planet, a free digital science festival taking place between 29 Sept to 1 Oct, which will help people explore our world and the impact of climate change.

Earth Justice, "What is the Biodiversity Crisis?"

This blog post is adapted from an article that first appeared in Glasgow Times in September 2021, written by Caitlin MacInnes from Glasgow Science Centre.

Previous Article
What does climate change mean to you?
Next Article
Glasgow Science Centre will host public as Green Zone for COP26