Back in 2001 when my family took me to Glasgow Science Centre for the first time, I remember being awestruck by the architecture as I walked up to this super modern shiny metal building.

“That’s the IMAX cinema. The building is a big balloon, they inflate it every morning,” my dad said as we entered.

Of course I believed him. If anywhere had the technology to do so, surely Glasgow Science Centre would be the place.

It was almost 14 years later when I started working at Glasgow Science Centre that I finally got the chance to experience an IMAX movie for the first time. To my horror, the bubble burst when it was revealed that it was not in fact an inflatable building at all.

This ‘squashed egg” was built by MERO, using their innovative ‘MERO spaceframe’ to build a huge auditorium with absolutely no internal support system.

No columns or walls would block the view of the movie, none were needed to hold up the ceiling.

This advanced design uses only 65 tons of steel to create a geodesic dome frame (similar to the dome of the Crystal Maze), topped off with an insulated titanium roof that cocoons the guests in the theatre.

IMAX is short for ‘maximum image’ and that is exactly what you get from the moment you set foot in the theatre.

The largest IMAX screen in Scotland

This is Scotland’s largest cinema screen, coming in at a whopping 18 metres high by 24 metres wide, spanning floor to ceiling in front of steep stadium seats.

Imagine a vertically placed tennis court in front of you and you’ll be close to the size of the screen.

The screen itself is made with a material which is highly reflective to create a brighter, more dynamic image.

The screen is curved in towards you a little, creating a slightly concave viewing surface. This completely immerses you in the experience, filling your field of vision with nothing but the film.

You will also notice you are sitting much closer to the screen than in usual cinemas. Because of this, the image has to be much sharper.

The state-of-the-art digital projectors of IMAX theatres deliver an image which is brighter and with more contrast than that of standard cinema theatres. 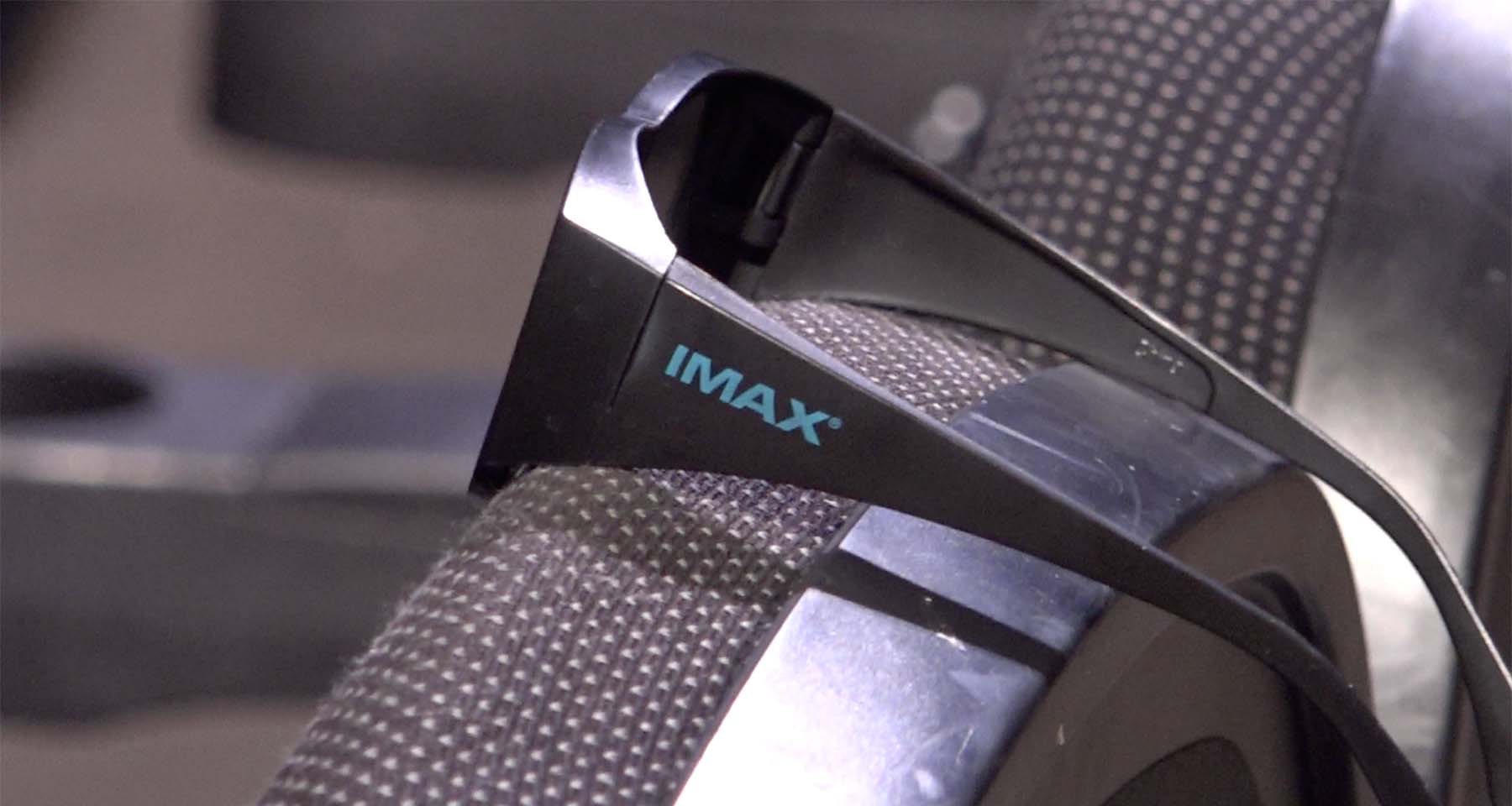 IMAX is associated with 3D films, and the technology used to achieve this eye-popping 3D effect is fascinating.

Our brain perceives depth, because we have binocular vision. On average, the centre of our eyes are spaced about 6.5cm apart which causes us to see two slightly different perspectives at the same time. Your brain is quite clever and merges these two images together, to create our three-dimensional perception of the world, which is called ‘stereopsis’.

But how can we see this effect on a two-dimensional surface?

On film sets, to capture the 3D movie, most film makers use special cameras which have two lenses on the front of the camera at a similar distance apart to our eyes, capturing two separate images.

Essentially, the camera is filming the action twice. To achieve the 3D picture, the two sets of images are projected onto the screen simultaneously, each through a different polarising filter.

To trick our brain into seeing a 3D image on a 2D screen we have to use 3D glasses.

The glasses are designed in a way that they filter the polarised image from the projector and present the left image exclusively to your left eye and the right image to your right eye. Your brain takes these two images, and voila, a 3D movie experience. You can now perceive the action in greater depth, happening beyond and in front of the screen.

Size and stereopsis aren’t the only important factors in the IMAX, the substantial sound system is something you not only hear, but also feel.

The precisely positioned speakers have a wider frequency than we are used to in standard theatres, which enhances the high and low pitches of the cinema soundtrack. This creates vibrations that you physically feel as the rumble of explosions in the latest blockbuster reverberates through your bones.

I'll be sure to point out all these features and more on our next visit to the IMAX with my dad as we experience the next blockbuster film in this amazing uninflated building.

This blog post, written by Chris Banks from Glasgow Science Centre, is adapted from an article that first appeared in Glasgow Times in April 2022. 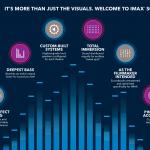 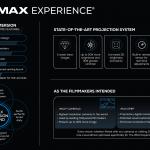 Experience the technology for yourself in the IMAX theatre at Glasgow Science Centre.