One Ocean, One Climate, One Future – Together

World Ocean Day is an international day that takes place annually on 8 June and was officially recognised by the United Nations in 2008. The international day supports the implementation of worldwide Sustainable Development Goals (SDGs) and fosters public interest in the protection of the ocean and the sustainable management of its resources.

On World Ocean Day, people everywhere can celebrate and take action for our shared ocean, which connects us all. By working together, we can, and will protect and restore our shared ocean.

The theme for World Ocean Day in 2021 is 'The Ocean: Life & Livelihoods'. The aim of this year's campaign is to "shed light on the wonder of the ocean and how it is our lifesource, supporting humanity and every other organism on Earth".

Click the area below to expand and explore the resources in full.

We have teamed up with Scottish Association for Marine Science (SAMS) who have been working for healthy oceans since 1884. SAMS research how the marine environment works, how and why it is changing and how we could use and treat it better. Then educate, communicate and promote what they find, for the public good.

Dr. Hanna Grist, Knowledge Exchange and Communications Manager at SAMS research Services tells us more about the Blue Action Project below. You will also get the opportunity to meet Dr. Bee Berx, a scientist working for the Martine Scotland Science.

What is the Blue-Action Project?

Blue-Action is a huge research project that brings together over 120 scientists from over 40 different countries, and is funded by the European Union to try to tackle some of the big questions around climate change. Our team includes researchers who measure the ocean, computer scientists who can model the earth systems from sea to atmosphere, and experts who work on how we can turn scientific information into services for people. We are especially interested in the Arctic- not only because it is an amazing region, but because it is warming twice as fast as the rest of the world. This has a huge impact on the people and species living there, but also has knock-on effects to those of us living across the northern part of the world. We are interesting in understanding why it is warming so fast, what the impacts of a warming Arctic are on the rest of the world, and especially whether we can use our knowledge to predict the changes to come. 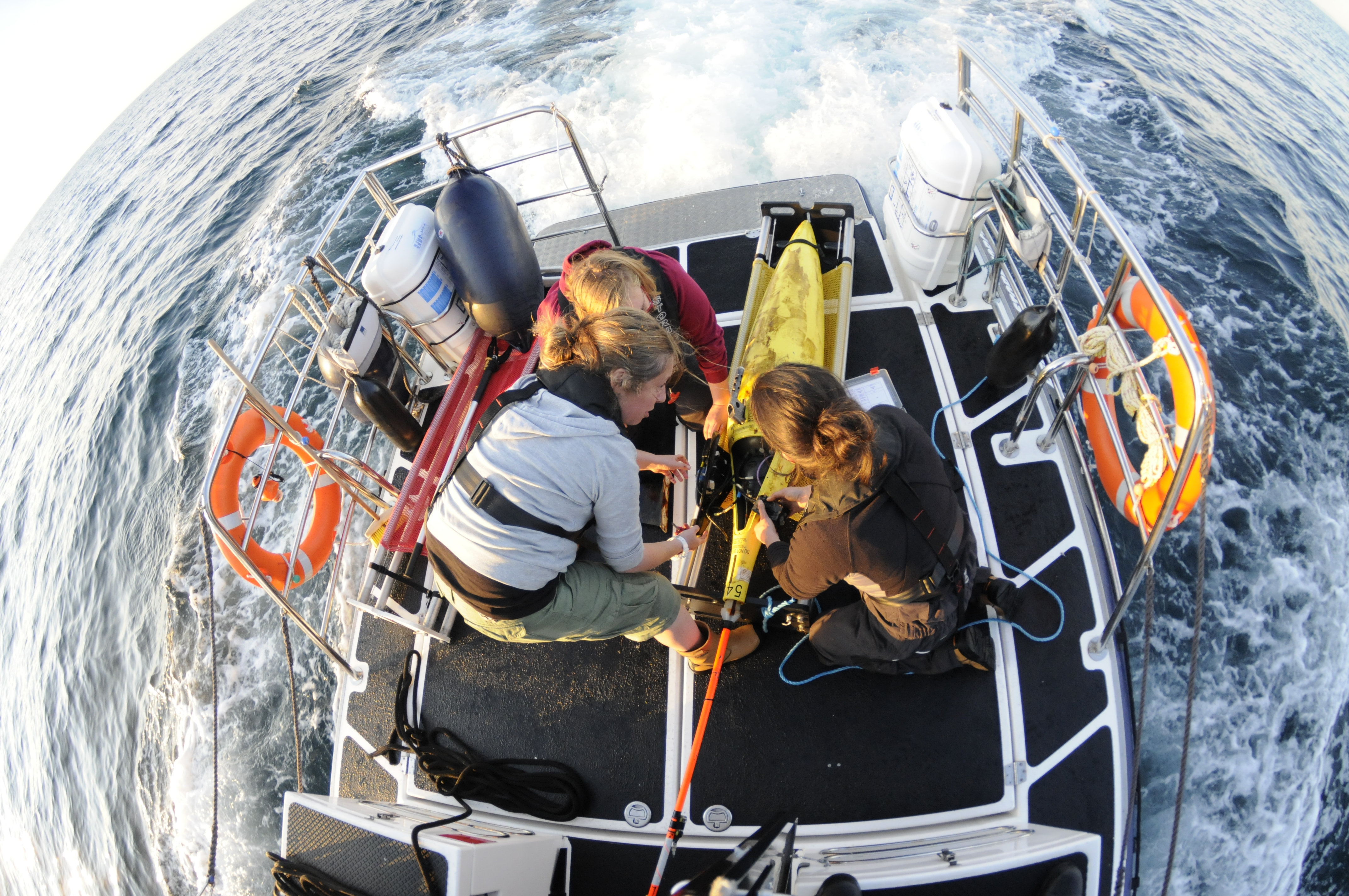 Who is involved in the Blue-Action Project from the UK?

Blue-Action has partners from countries across Europe, as well as further afield. From Scotland, our partners are Marine Scotland, part of the Scottish Government, and the Scottish Association for Marine Science, based near Oban.

Why is the Blue-Action Project relevant to the UK?

The Arctic can feel pretty remote from our homes in Glasgow or Bristol. But we are actually not far away at all from the Arctic Circle- in fact the northernmost tip of Scotland is closer to the Arctic than it is to London. This means the Arctic countries are our close neighbours, and the changes they are experiencing matter to us. But even beyond this, there is now a saying- “what happens in the Arctic, does not stay in the Arctic”. We are all connected across the globe through our atmosphere and our oceans. When these huge climatic shifts happen in the Arctic region, we feel the effects here in the UK. 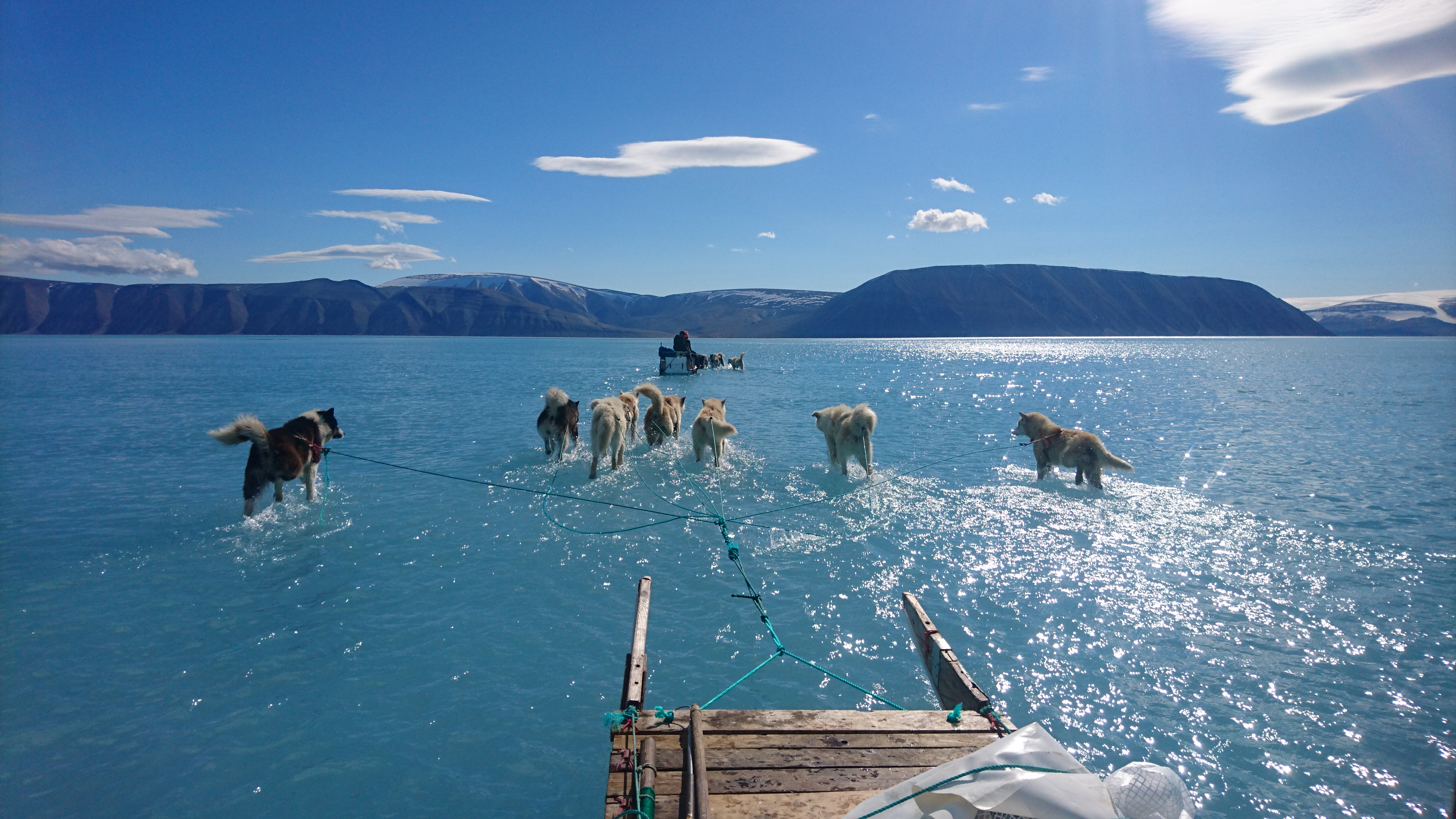 Have there been any interesting results so far? If so, what?

Lots! There are many different strands to the project and scientists working on different research questions, so sometimes it’s hard to keep up with all the answers that are coming. One recent interesting results was demonstrating that melting ice sheets in the Arctic lead to worse winter storms here in the UK. This is because the freshwater from the ice goes into the ocean- cold fresh water and warm salty water don’t mix well, and so they form unusual layers in the North Atlantic. When the wind blows over these layers in the ocean, it causes the atmosphere to become more unstable and explosive. An explosive atmosphere = storminess, that ends up on land. Some of the extreme events we’ve felt over the past few years, from high winds to flooding, could be traced back to this Arctic ice melt. 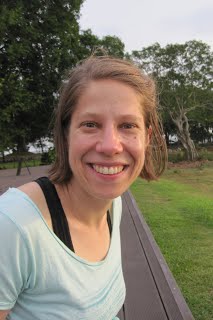 What is your job title?

What is your role in the Blue Action Project?

I am a research scientist contributing to Blue-Action’s work on observing ocean currents and properties in the North Atlantic ocean and the exchanges between the Atlantic and Arctic ocean basins.

What did you study to become an Oceanographer?

I followed quite a traditional entry to the field, starting with a Bachelor in Science degree in Marine Biology and Oceanography at Bangor University. I found out quite quickly that I don’t have an aptitude for biology, but despite my best efforts, I couldn’t change my degree. Instead, I went on to specialise in ocean physics with a Masters in Science and a doctoral study. I stayed at Bangor University for these as it was a good department, and I really enjoyed the North Wales area.

What is your favourite thing about your job?

When I get the opportunity, coding and playing around with data. I really enjoy looking at the signals in measurements of ocean currents, temperatures and saltiness (known as salinity), analysing these data series and trying to understand how these observations capture the ocean’s natural variability and response to climate change. The ultimate goal is to then support how this knowledge can inform the understanding of the wider marine ecosystem and human activities within it (for example through how the physical environment supports the marine food web and therefore activities such as fishing). Key to this are sustained ocean observations, and I am a keen advocate to make sure we continue to invest in observing our seas.

What was your favourite subject in school?

The science subjects, but particularly physics and physical geography.

Any advice you have for anyone wanting to become an Oceanographer?

Oceanography is a wide field, and includes biological, chemical, physical and geological subject areas. The routes into these are varied, with some people studying ocean science from a bachelor level, but others have first degrees in other subjects. A good base knowledge of maths, science and computing goes in good stead. The ocean is vast, so dream big!

What is Ocean Acidification and how is it related to climate change?

What does it mean for us and marine species?

Glasgow Science Centre have teamed up with the University of Plymouth to take a deep dive into our oceans and discover some the impacts of climate change underwater.

A Spark of Science - Ocean Acidification

Join Amy and listen to GSC's Ocean Acidification episode of Spark of Science.

What is Ocean Acidification?

Find out how research at Plymouth is tackling this global carbon dioxide problem.

Watch Professor Jason Hall-Spencer from the University of Plymouth as he demonstrates what Ocean Acidification is.

Subscribe to the Our World Our Impact mailing list and stay updated on news and events coming to Glasgow Science Centre as your ticket to COP26.

Our World Our Impact

Your ticket to COP26 with events and news.