Glasgow Science Centre is celebrating 21 years of inspiring the next generation of scientists and engineers. Duncan Smith from the centre's science learning team looks at the power of inspirational experiences and how the next Einstein could be right on our doorstep in Govan.

I once overheard an idea that made me laugh. The idea came from a father who was visiting Glasgow Science Centre with his children. He predicted that Glasgow would soon be a city full of rocket scientists and flying cars. And the reason for this was not what I expected – it was rain.

His argument was that children in Glasgow are often brought to the science centre on rainy days and because Glasgow gets more than its fair share of rain, then children in Glasgow are visiting the centre again and again and fast becoming geniuses. I love the idea that the next Einstein might come from Govan, the next Marie Curie from Shettleston. It got me thinking about the children who are inspired by a visit to the science centre and go on to choose a career in science, technology, engineering and maths.

Glasgow Science Centre opened in July 2001. A 10-year-old who visited the centre that summer would now be in their early thirties. So, it is possible that the first generation of scientists and engineers who were inspired by the science centre are now making significant contributions to society and making their mark on the world.

When I first visited the science centre, it was the IMAX cinema that had the biggest impact. The film was Space Station 3D and it seemed to directly speak to me as a child that once dreamed of becoming an astronaut. I remember sitting down in front of the massive screen, which is still Scotland’s biggest cinema screen, and looking down on planet Earth from the International Space Station.

Although in the end I did not become an astronaut, the same cannot be said for Major Tim Peake. He became the UK’s first government-sponsored astronaut in December 2015. On the day of the launch, we invited hundreds of schoolchildren to the science centre to watch the launch live on the IMAX screen.

As we watched the astronauts preparing to board the Soyuz rocket, it was strange to see the British flag on the spacesuit of Peake. Until that moment you were more likely to see an American or Russian flag. For UK pupils, it made space travel feel closer than ever before.

In the moments before ignition, there was a real sense of danger. Here were a group of astronauts strapped to a giant tank of fuel in the desert of Kazakhstan. While I was nervous, the children were enthralled by the sense of adventure as we counted down and watched the rocket successfully lift off towards the International Space Station, where Peake stayed for six months. 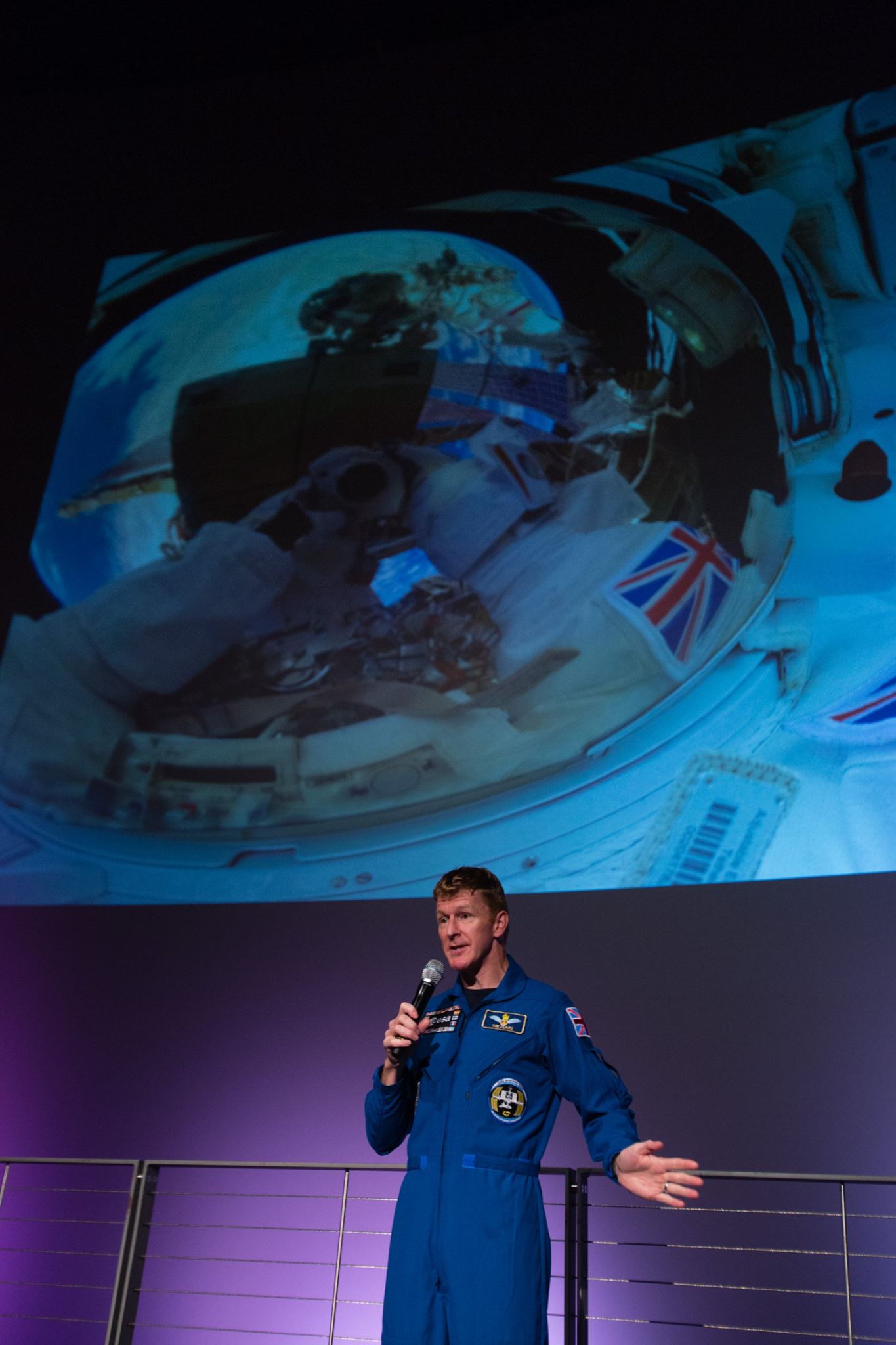 Of course, the UK’s first official astronaut was not the only significant scientific event since the science centre opened in 2001. Other scientific discoveries since then include the Higgs boson, gravitational waves and even four additional chemical elements. Controversially, previous discoveries have been re-evaluated too, such as when Pluto was reclassified to a dwarf planet.

Science and technology play a near constant role in our daily lives (where would we be without mobile phones or the internet?), and while it will certainly continue to shape today’s society, it is nothing in comparison to the power of nature. The pandemic proved to be an existential threat to many charities like the science centre. At the very time that public understanding of science was a matter of life and death, the centre found itself unable to operate as usual.

Glasgow Science Centre innovated and moved online. On the first day of lockdown, the centre released its first daily GSCAtHome video. Every morning at 10am the centre broadcast a short video to bring science into the home and keep everyone inspired during challenging times. After six months, the videos had received over one million views.

While the doors remained closed to the public, the science centre was making major physical changes to make science more accessible. From a new community learning hub to greener landscaping and interactive exhibits in the public realm, the centre was focused on reopening with a more inclusive visitor experience to break down barriers to science. As the pandemic highlighted, the understanding of science is important to us all.

As the science centre turns 21 and the first generation of inspired scientists begin to make their mark on the world, we look forward to the next 21 years. Regardless of what the future brings, citizens informed by science will certainly help Glasgow flourish.

This blog post, written by Duncan Smith from Glasgow Science Centre, is adapted from an article that first appeared in Glasgow Times in July 2022.

Previous Article
What was here before the science centre?
Next Article
Exploring outdoor summer science fun