David Elder was a self-taught Scottish Victorian mill-wright and engineer whose thinking and genius resulted in more powerful marine steam engines. These burned less coal, produced more power, and were safer to operate.

The shipyards along the Clyde quickly started to seek his engines for the ships under construction, and David Elder became hugely successful. He attributed the improvements to an understanding of science and engineering, as well as taking care to produce sturdy, well-made engines achieved by thoughtful design. On his death he left a widow and a son, the latter continuing the family business. Upon his son’s death a bequest was left in his father’s name to allow a series of “lectures in descriptive astronomy” in Glasgow.

The current trustee of the David Elder Bequest is the Department of Physics at the University of Strathclyde, who seek to continue a tradition of public lectures that extend back to the establishment of the bequest itself. The very first David Elder Lecture took place in 1905.

In the first lecture of the final David Elder Lecture series before the War Prof. J. Proudman, director of the Liverpool Observatory and Tidal Institute, discussed The Tides. (view gallery below for press cutting)

The David Elder Lectures were resurrected in April 1954 after a hiatus during the war. The first speaker of the new series was the then Astronomer Royal Sir Harold Spencer Jones. (view gallery below for press cutting)

The David Elder Lectures were always topical and cutting edge. In October 1957 Prof. R.O. Redman, director of Cambridge University Observatories, was invited to Glasgow to discuss the new Soviet spacecraft Sputnik, in a lecture titled 'consequences of the satellite'. (view gallery below for press cutting)

Glasgow Science Centre is proud to host the David Elder Lectures in partnership with the University of Strathclyde, resurrecting a regular monthly programme of talks running over the winter months, from September to March each year. The David Elder lecture series presents a line-up of talks from expert astronomers at the cutting edge of their fields of research.

Each lecture costs only £6. The lectures have proved so popular that the speakers deliver the same lecture twice each night, at 1830 and 2000. Each lecture last approx. 1 hour, and are best suited to older teenagers and adults.

You can find out much more about David Elder and his local Glasgow heritage on the excellent acumfaegovan website. 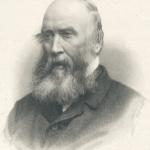 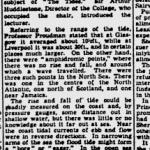 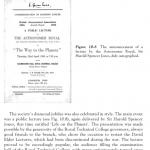 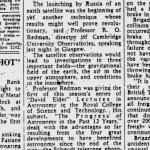 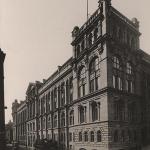 Glasgow Science Centre is proud to host the David Elder Lectures in partnership with the University of Strathclyde's Department of Physics.

Explore what we have got showing today, and in the future.