More about this space

Who is it for?

Planetarium
More about this space

How long is it?

60 mins
When does it start?

Since the beginning of the Space Age, humans have been using robotic spacecraft to explore the Solar System. More recently, space agencies around the world have used these remarkable craft to explore not just planets and moons, but smaller bodies like asteroids and comets. These objects act as time capsules, holding important clues to the early days of the Solar System, and in the future the resources found on them could be vital in human exploration beyond Earth.

Join Dr. Roberto Furfaro, Professor and Director of the Space Situational Awareness Arizona Initiative, as we investigate the challenges involved in sending spacecraft to these small bodies, explain why we want to understand them better, and how we might even bring a sample of one back to Earth. 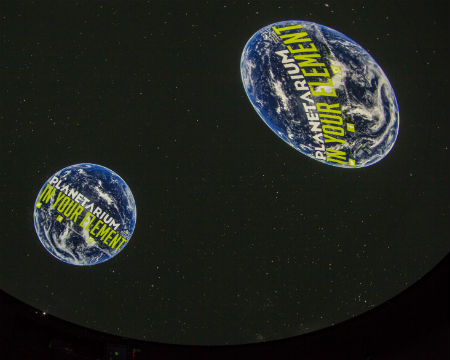 The Planetarium at Glasgow Science Centre has been upgraded to a spectacular, state-of-the-art, fulldome digital projection system (what a mouthful!). Our shows are live presenter-led or film based to take you on a journey through the solar system, into the Milky Way Galaxy and beyond, offering a truly out-of-this-world experience. Our spectacular full dome films display 360 degrees across the 15-metre hemispherical dome of the planetarium. It really is spellbinding stuff.