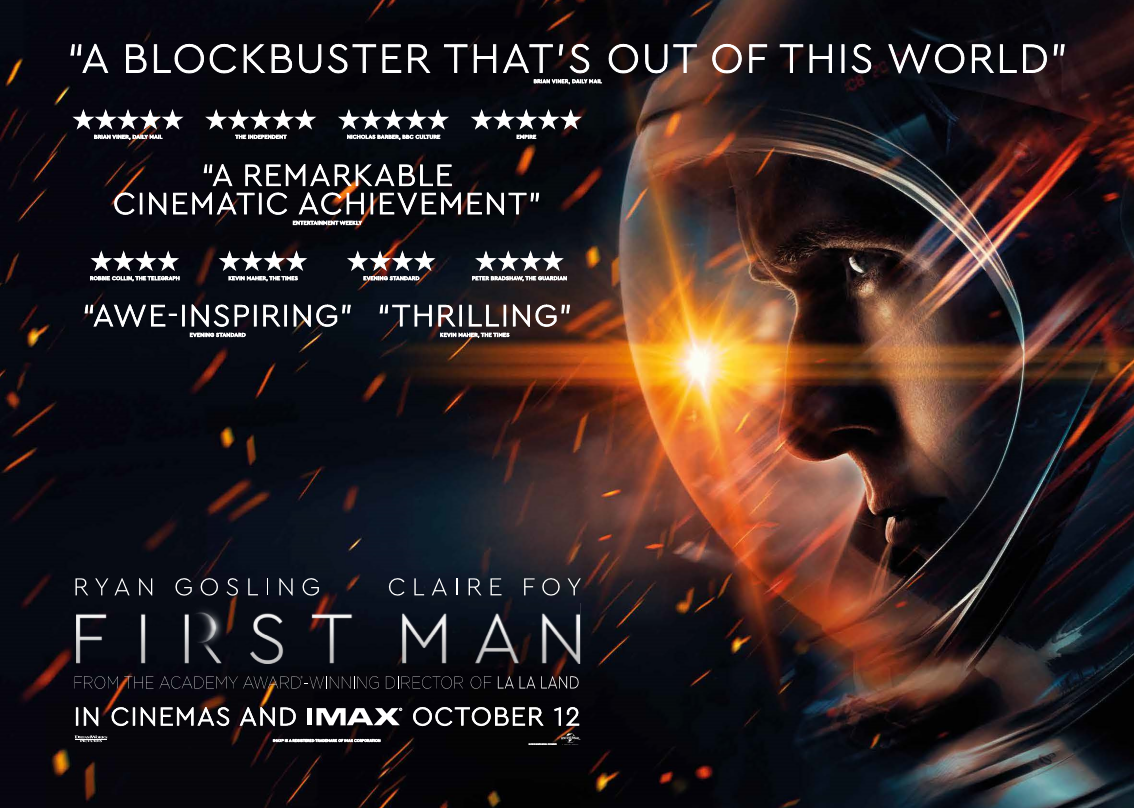 We've teamed up with Universal Pictures to celebrate the release of 'First Man' by giving you the chance to win an incredible telescope! The Celestron 22202 AstroFi 102 Wi-Fi Maksutov Wireless Reflecting Telescope provides outstanding views of the Moon and planets, as well as bright deep space objects beyond our Solar System.

First Man is released to UK cinemas on 12th October. Booking is now open to see it at Cineworld IMAX at GSC, and cinemas across the UK.

Oscar®-winning director Damien Chazelle and star Ryan Gosling reteam for Universal Pictures’ First Man, the riveting story of NASA’s mission to land a man on the moon before the end of the 1960’s. It’s a visceral first person exploration of the sacrifices and the cost — on both the astronaut and on the nation — of one of the most dangerous missions in history.

Look out for ways to increase the weight behind your entry!

The prize of 1 x Celestron 22202 AstroFi 102 Wi-Fi Maksutov Wireless Reflecting Telescope, is non-transferable and no cash alternative is available. Winning Entrants must be able to provide a UK delivery address.

This competition giveaway is run by Glasgow Science Centre on behalf of Universal Pictures International UK. A winner will be selected at random from all the entries received correctly answering the competition question. Additional weight will be given to correct entries where the entrant has performed an action such as tweeting a message, following @GSC1 on Twitter, or visiting the GSC Facebook page. The judges' decision of the winning entry is final.

All reasonable attempts will be made to contact the winner by email within 24 hours of the competition closing. The prize will be distributed to the winner by Universal Pictures International UK.

This promotion is in no way sponsored, endorsed or administered by, or associated with, Facebook. We hereby release Facebook of any liability.

This promotion is in no way sponsored, endorsed or administered by, or associated with, Twitter. We hereby release Twitter of any liability.

If you have any additional questions - feel free to send us an email!